We recently came across this story about what at first sight appears to be a plane at the bottom of a lake. Today we are looking at how this ‘ghosting’ effect comes about.

The two ‘ghostly planes’ noted in the article above.

We have previously discussed the ‘rainbow effect’, which has even inspired artists. That is caused by the way satellite cameras work, taking multiple photos in quick succession with different colour filters.

However, the planes in this case are in 3D imagery, which is not captured by satellites, but from aircraft. An aircraft flies over a region capturing multiple images in succession. It then comes past again at a later time and captures more images. In this post we noted that a water tower had been photographed from six different directions at two different times of day. Next Google uses an algorithm that uses the stereoscopic effect to reconstruct the 3D shape of objects. However, this fails for moving objects. At airports we often see aircraft that were captured well from one side but had left or moved before the other side was captured and they end up looking hollowed out.

Planes that moved before all the second set of images were captured.

Vehicles have a similar problem: 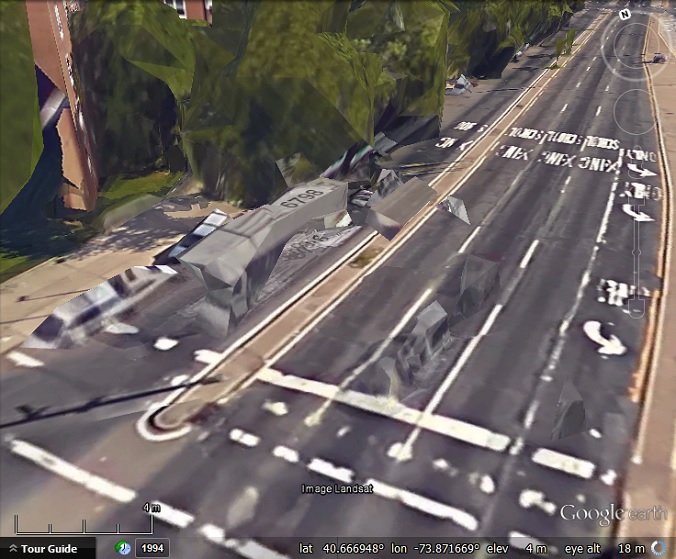 You can read the number on the roof of the bus, but the rest is a ghost.

The technique used for reconstructing the 3D has particular problems with water. The surface of the water is constantly changing, which confuses the algorithm. Uniform surfaces with no markings also give problems. Google often completely turns off the 3D generation for large rivers, lakes and the sea. However, they still have multiple photos for each location, which the blend together. As we showed you in this post, this can lead to some interesting effects.

Based on carefully studying of a location in Venice, Florida, USA, we believe that there are four images captured in fairly quick succession, followed by another four at a later time, resulting in anchored boats appearing to have eight copies altogether, but moving boats only appear to have four images, unless you can figure out where they were on the second pass. There are also some much less distinct images for each boat, but they are harder to count or work out when they were captured. 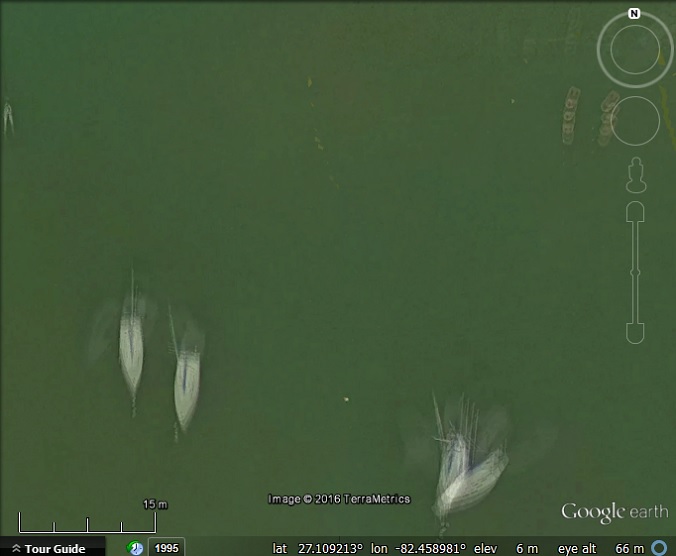 From the boat track below we can see that there is quite some time between each individual image: 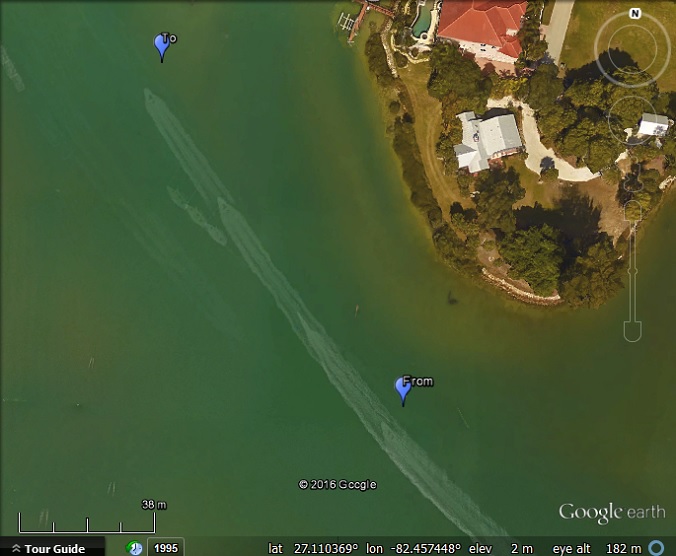 An aircraft in flight, such as the ones at the beginning of the post, is so fast that it will only be captured once and thus appears fainter than most of the other images we have featured above.

. Be sure to turn on the 3D buildings layer to see the imagery.