However, we have recently been studying KML in detail and one of the features we came across is the ability to refresh an image overlay as if it was a network link. This gave us the idea of putting a Google Map in an image overlay instead of a popup. The advantage of doing it this way is that it does not require an independent server to work. There are disadvantages, however. The map is just an image whereas the popup version was a fully interactive map complete with Street View. With the overlay technique we can provide a few different map types and a Street View image, but they are not interactive. Another problem is that the technique results in a map that is slightly lower resolution than the view in Google Earth. This is because the Google Static Maps API automatically adds a margin to the map and there is no way to include calculations in the process. One way to resolve this would be to trim the edges of the overlay using KML, but that would cut out the Google Logo and copyright notices, which would be a violation of the licence agreement. 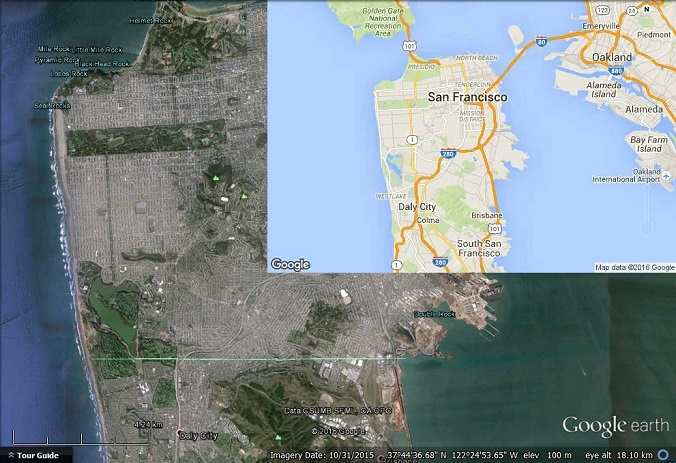 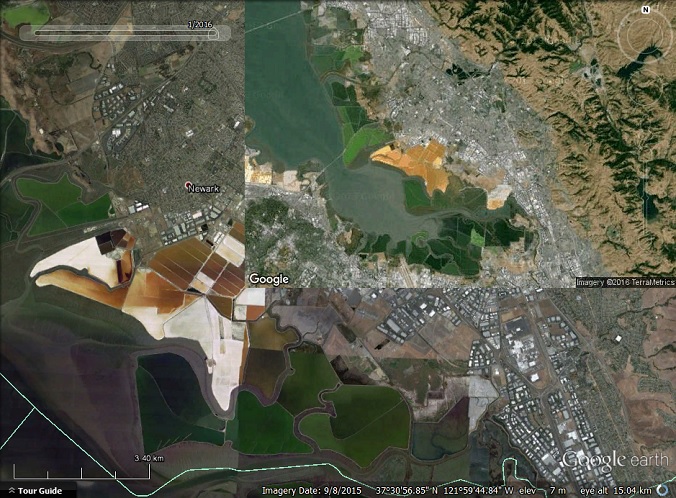 One possible use is to compare satellite imagery between Google Maps and Google Earth. 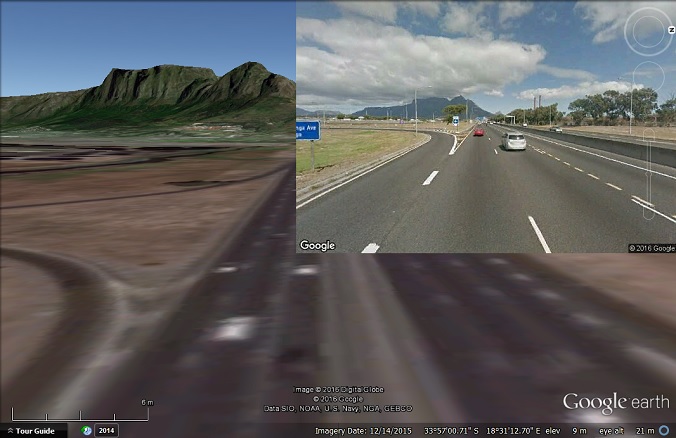 The Street View overlay knows which way you are looking.

We chose to make the overlays a fixed size, as that works best with the Static Maps API. However, you could make it automatically scale with screen size, change it to a size of your choosing or put it in a different corner by editing the KML file.

It would have been nice to add overlays for maps from other mapping providers, but we couldn’t find any that had a simple API and there may be licensing issues with displaying their maps in Google Earth.