The reason Google has given for terminating the Google Earth API product is that it is reliant on an ageing technology called NPAPI which is not considered secure and most browsers are dropping support for it or have already done so. In addition, it was never available on mobile platforms.

We believe Safari still supports it.

It still works in Firefox and we still find many uses for it, such as for finding recent imagery releases. Download this KML file

to see the location of imagery in Google Earth that was captured in November (less than 12 days old!).

The Google Earth API has many great uses. We showcased a number of them in this series of posts earlier this year. We at GEB believe Google should consider allowing the GE plugin to continue to work at least until a suitable replacement is in place (with the next version of Google Earth, perhaps?).

If a complete replacement is not planned, Google should consider making some of the services available via the Maps API or entirely new APIs. For many of the most common uses, simply adding a few more features to the Google Maps API would make a big difference. Currently it is not possible to use the 3D imagery or tilt the view in the JavaScript Google Maps API, although it is possible with the Android version of the API. We use the historical imagery information quite a lot, which could be provided as a standalone API. 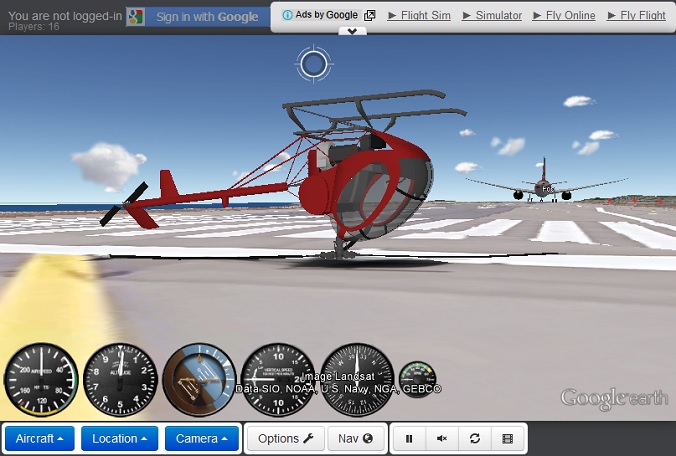 My flying skills could use some work. GEFS Online is a popular flight simulator based on the Google Earth API.