[Update: It turns out the September figures are wrong (thank you Frank) due to errors in the KML not being handled well by the Area calculator we used. Here is the updated chart.

It has been a while since we last looked at the progress of 3D imagery in terms of area covered. If we got our map and calculations reasonably correct then it seems September was a particularly good month as far as new 3D is concerned. Take the figures as approximate as we found significant discrepancies in our totals suggesting we have some mistakes in our KML map (which we are looking in to). It must be noted also that we are looking at areas not previously covered with 3D or expansions to existing areas. Google has released a significant number of updates to already existing 3D, but that is harder to track, so we have not attempted to keep a record. 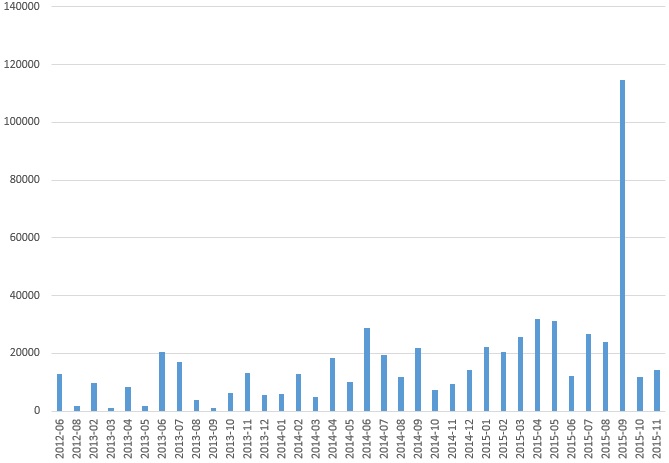 Area in square kilometres of 3D released by Google. Areas calculated with the help of this site.

If you are interested in the areas by country, you can download the figures as a .csv file here. US states are listed separately as the US has more coverage than the rest of the world. California alone has more 3D than any country in the world other than the US.

It is hard to put an exact date on most of the 3D imagery, but when we have been able to identify the date the imagery is typically released six months to a year after it was captured. One reason for the long processing time is that Google puts extra effort into certain structures such as bridges, as can be seen below. 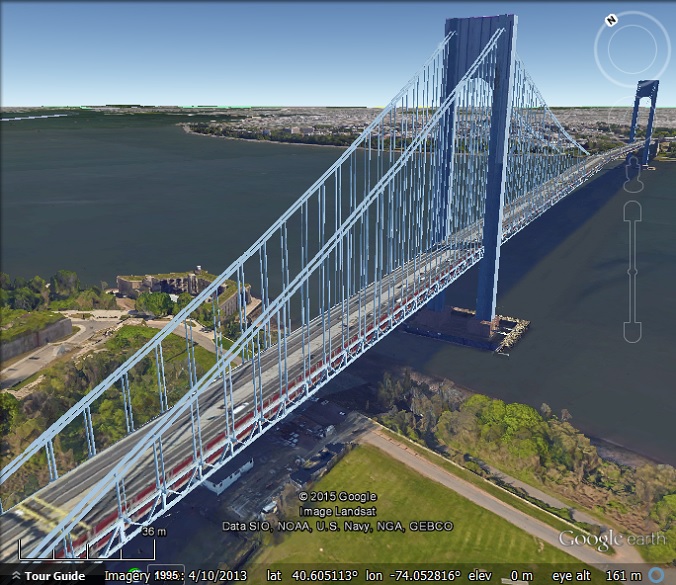 Hong Kong must have been a particularly difficult challenge to photograph, with all its tall buildings and mountains. 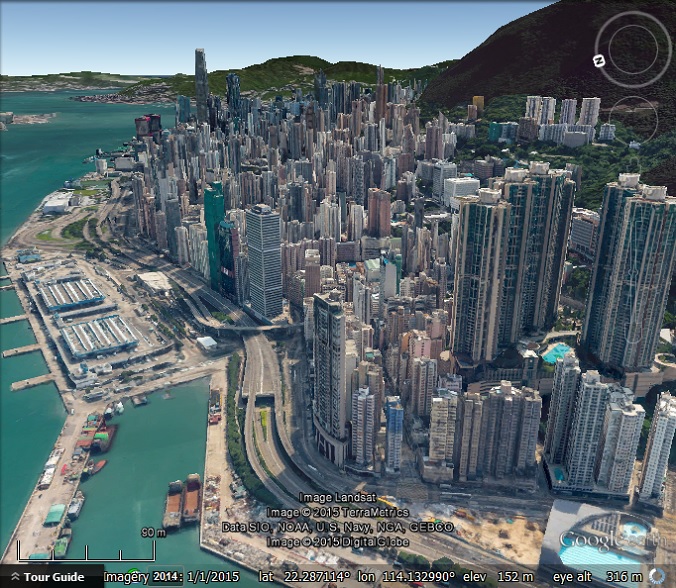