After creating a global map of historical imagery density last week, we have been experimenting with higher resolution versions for a small area. 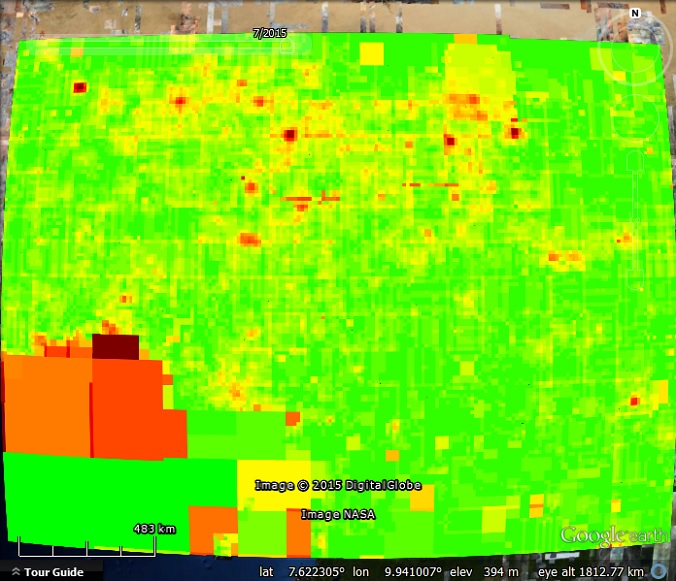 As you can see above, there is a curious pattern of vertical and horizontal lines. At first we thought this was an artifact of the way the Google Earth plugin reports historical imagery, as is the case over the oceans, but on further investigation we found it has to do with the way satellite imagery is collected. We were aware of this, but don’t think we have talked about it before.

Satellite imagery appears as either squares of imagery (or rather parallelograms, depending on the angle they were captured) or strips. The strips almost always run in the North-South direction, but occasionally are in the East-West direction and very rarely at some other angle. All of the above are typically 17-20 km on the shortest side. The interesting feature we are looking at today is the fact that the majority of the strips are lined up with lines of latitude and longitude with strips starting and ending on exact degrees.

The best way to see this is to turn on the Grid (found in the ‘View’ menu) and then zoom until the grid shown matches single degrees. 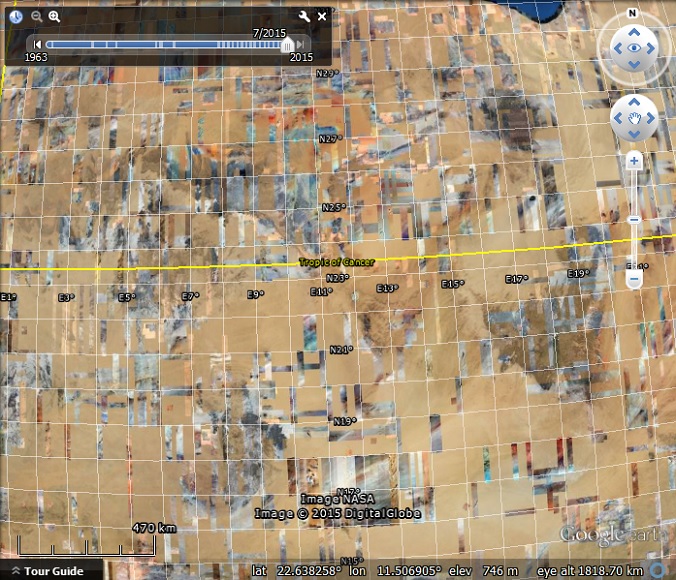 The effect is very noticeable in sparsely populated regions, such as the Sahara desert above, where most of the imagery is in strips. 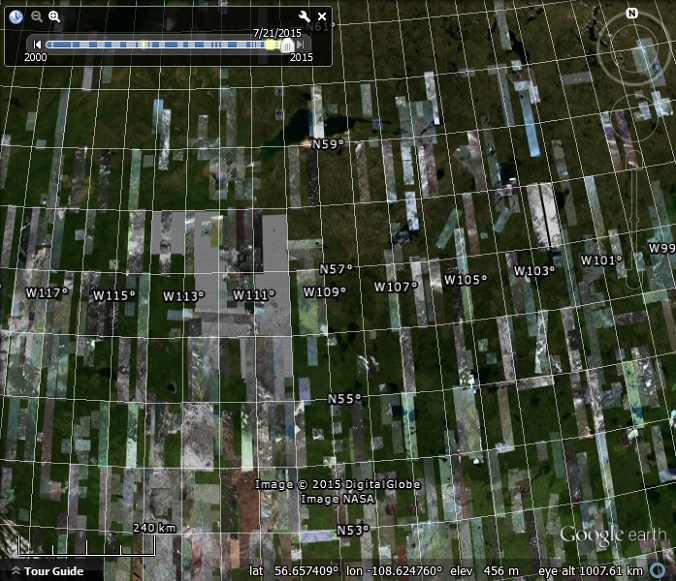 The pattern can be seen at all latitudes. In Canada, above, even horizontal strips can be seen to line up with whole degrees of longitude even though the distance on the ground is about half that for a degree of latitude in this location.

The pattern seems to be followed by both DigitalGlobe imagery and CNES / Astrium imagery, although the later is rarer and so harder to check. We do not know whether this has something to do with the way the satellites capture the imagery, or whether it has to do with the way satellite imaging companies catalogue and sell imagery. If any of our readers knows more about it, please let us know in the comments.