Thank you to GEB reader Kevin Thuot for letting us know about his Google Earth based World Power Map.

The WorldPower Map provides an interactive view of the global connections between geopolitics, energy infrastructure, and natural resources. The map is free, viewable in Google Earth, and automatically updates with new events.” 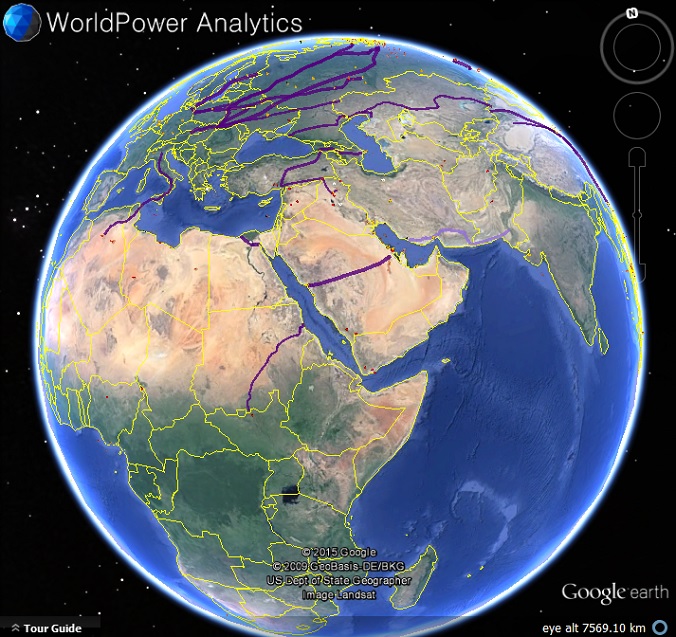 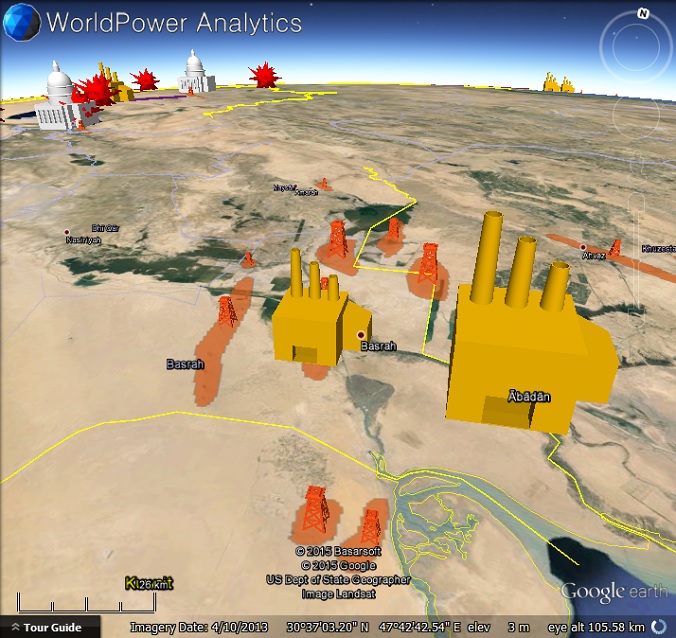 We have not verified how accurate or comprehensive the map is, but are rather featuring it because of its excellent use of Google Earth features – and the fact that it is designed for Google Earth in the first place. If you do find inaccuracies or have suggestions for improvements, the website says he welcomes feedback and already has plans to add a lot more to it.

In the past, we have seen a lot of excellent Google Earth based maps, such a this one, that makes good use of Google Earth’s 3D capabilities, sophisticated tours, such as those by Colin Hazlehurst and even whole games, such as those from PlanetInAction. However, with the imminent demise of the Google Earth plugin and many alternative mapping technologies being available, we are seeing a lot fewer maps designed specifically for Google Earth. Google Maps Mania, for example, is able to feature multiple excellent maps per day but the vast majority of them are not provided in KML format.

Google Earth however remains a remarkably good tool for creating maps with easy to use features that other platforms cannot match. The World Power Map makes use of a number of Google Earth features such as 3D models, popups with links to further information and more. It also takes advantage of a feature in KML that allows it to adjust the size of the models depending on view distance – although the implementation in this case has room for improvement. He would also do well to add an introductory Google Earth tour.