As Google continues rolling out 3D imagery one outstanding problem that they don’t seem to have been able to resolve is what to do about water. The cause of the problem is quite simple – water usually doesn’t stand still. Google’s 3D imagery is generated via a process called stereophotogrammetry, which involves taking multiple images from different angles and then working out the 3D shape of the landscape. However, if something moves or changes between images then the technique fails. Google has improved the way it deals with moving vehicles, as we noted when looking at New York, but they don’t yet seem to have found a way to deal with water. 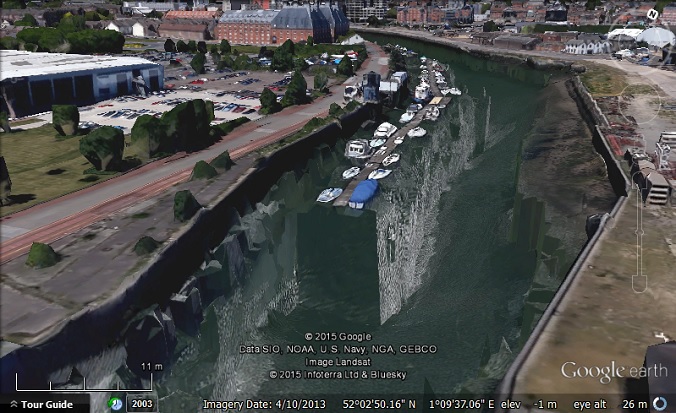 What should be a relatively calm river, turns into a dangerous canyon.

The problem mostly occurs along rivers and shorelines. Away from the shore, Google turns off the 3D altogether and instead we can observe interesting ghosting effects where multiple images of boats and ships are merged together. 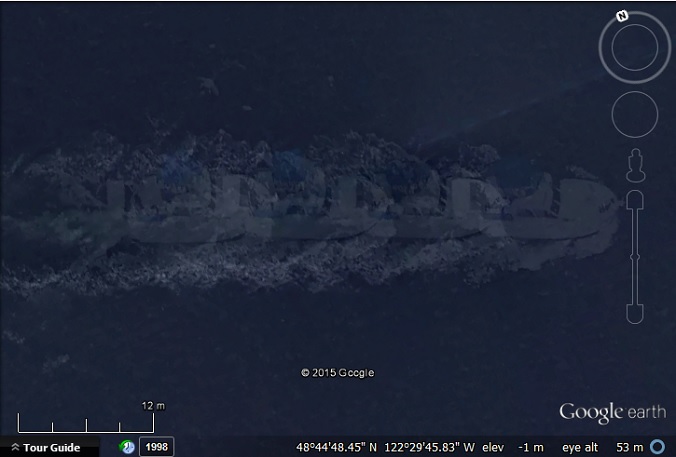 Here we can see four images were captured in close succession.They must be captured from slightly different angles, although it is hard to tell. Remember that both the camera and the boat are moving. 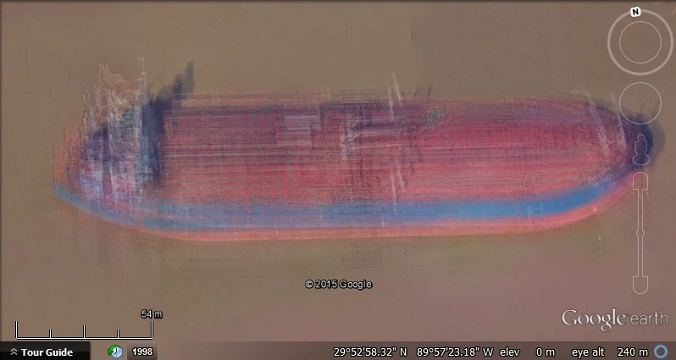 In some cases it is difficult to count how many images there are. 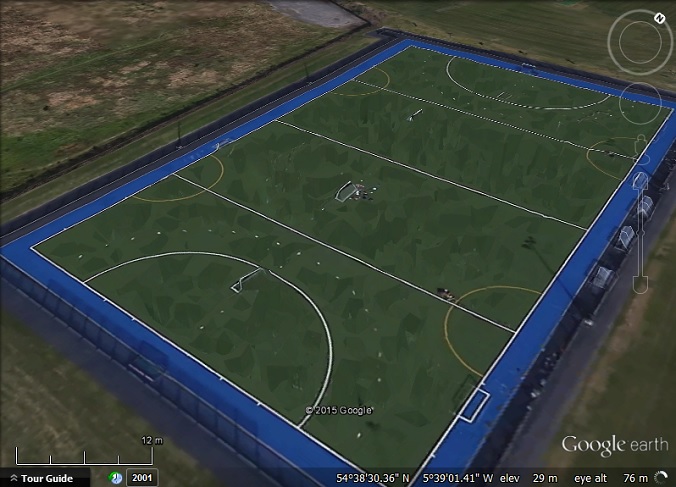 For some reason sports fields often also have a problem. It has something to do with the large area of uniform colour.

Google puts extra effort into particular buildings and bridges, often with fairly detailed modelling and excellent results. We suggest they consider also spending a bit of time flattening out the water, as it would greatly improve the imagery.

To see the locations featured in this post in Google Earth, download this KML file. You can, however, find examples of the problem almost anywhere where there is 3D and water.