Last week, in honour of Google Earth’s 10 year anniversary, Google added a new collection of layers known as Voyager. We have already had a look at the ‘Satellite imagery updates’ layer, the ‘Earth View landscapes’ layer, and the ‘Street View highlights’ layer. Today we are looking at the ‘3D cities’ layer.

The new ‘3D cities’ layer shows the locations where Google Earth has the automatically generated 3D mesh that Google has been rolling out since 2012. In the past, it was difficult to find which areas had the new 3D. There was a list maintained on Wikipedia but there was no way to view it as a KML in Google Earth. So last September we at GEB created a KML with the outlines of the areas with 3D. We have since maintained it, thanks to the help of GEB readers, who spot new imagery and let us know in the comments of this post. Most of the hard work of outlining the newly discovered areas is being done by GEB reader Anton Rudolfsson. Also thanks to an idea from Anton, we display the imagery colour coded by when it was first discovered (which roughly corresponds to when it was first added by Google), so you can get an idea of how progress is going and also spot the latest additions easily.

Google Earth users who are not readers of GEB, or have not seen our KML, may be surprised by the new layer, as most users do not realize just how much 3D Google has managed to generate or how widespread around the globe it is. Having said that, coverage in Africa and Asia is still sorely lacking, although South Africa did recently start getting coverage. 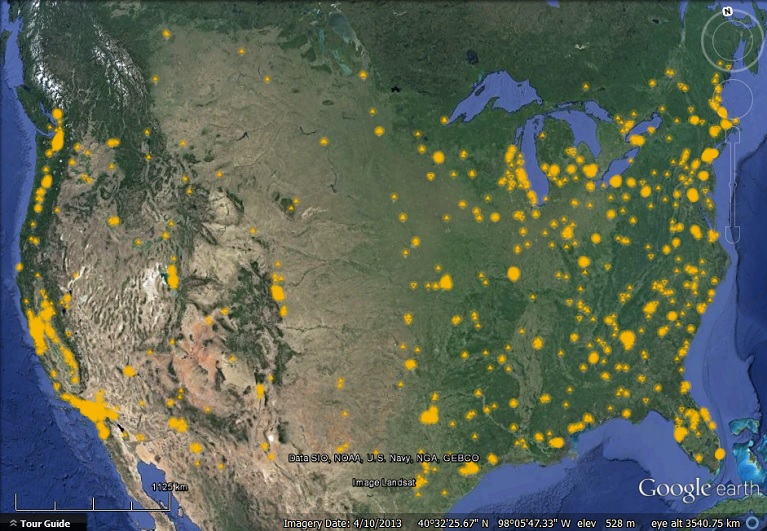 We do like the heat map effect Google has managed to achieve with the new layer. 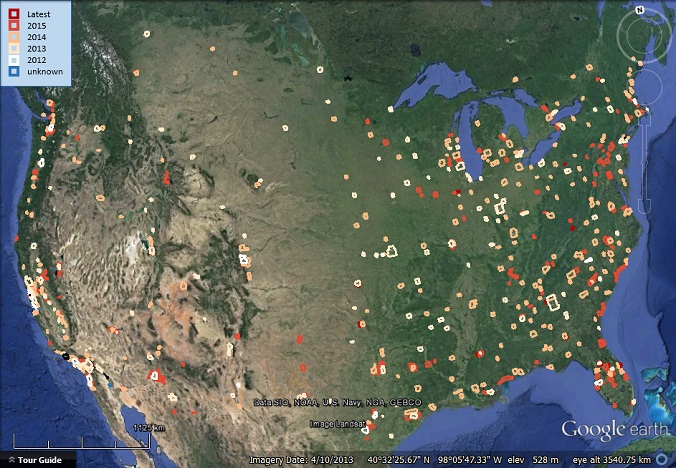 The GEB maintained version has more information, for those interested in getting into the details. Download our KML file here.