We were recently reading this story from NASA that says Mars used to have large oceans. It includes a tantalizing picture reminiscent of Google Earth. So we decided to see if we could simulate oceans in Google Mars.

We have looked at a number of stories in the past where people have used KML to simulate sea level rise:

However, it turns out this technique doesn’t work over large areas. KML polygons set to fixed altitude do not curve with the earth’s surface.

So, instead, we found a digital elevation model (DEM) map of Mars provided by NASA that can be obtained from here. We then used an image editing program to colour the lower elevations blue and make higher elevations transparent. We then took the resulting image and made an image overlay and you can see the result below: 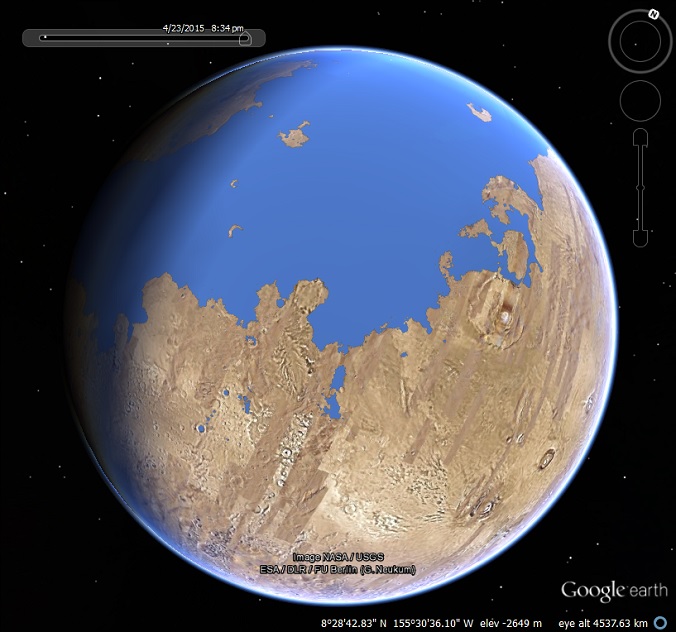 For an even more realistic effect, we combined our ocean with this Mars map also from NASA. Then we used it in an image overlay on the Earth, instead of Mars, which enables us to turn on the ‘Clouds’ layer, giving the result seen below: 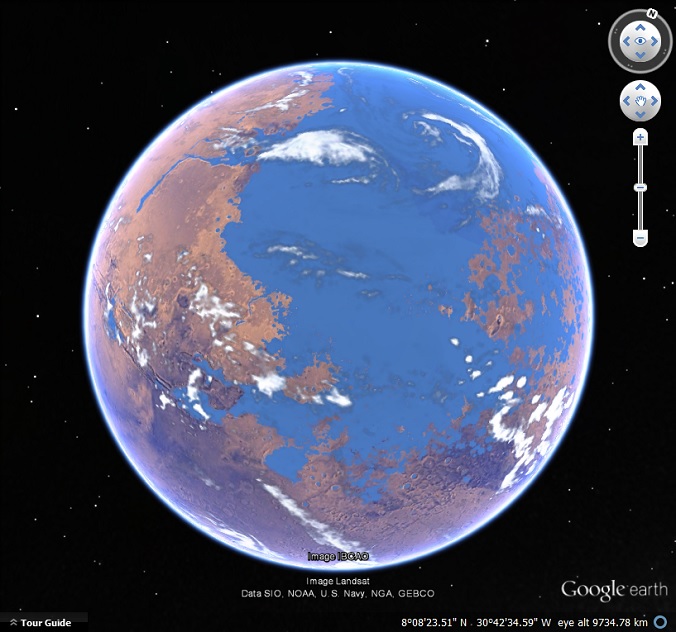 The NASA image did not have clouds, but the picture on this Wikipedia page does. Without plants, the land would not have been green like much of the Earth is.

To try these out for yourselves, download these KML files: Mars Ocean

. The second one is best viewed with all layers turned off except the ‘Clouds’ layer (found in the ‘Weather’ layer).

The maps may not be scientifically accurate, as we don’t know whether the elevation data in the NASA maps takes into account the equatorial bulge that is created due to rotation. On Earth we usually calculate elevation above or below Sea Level, but that doesn’t work on Mars as it doesn’t have a sea.