Last year, soon after we created our map of 3D areas, we had fun using the KML to show you the areas covered by country and US state. Now that we have released a timeline version of our KML file it is is a good idea to revisit the concept and measure areas by release date rather than by country.

Although Google Earth Pro is able to measure the area of a KML polygon, you can only do this one polygon at a time. So to get the area of multiple polygons it is better to use online tools that offer the service. We used this tool from Zonum Solutions.

After manipulating the data a bit we were able to draw the following chart showing the progress Google is making over time. 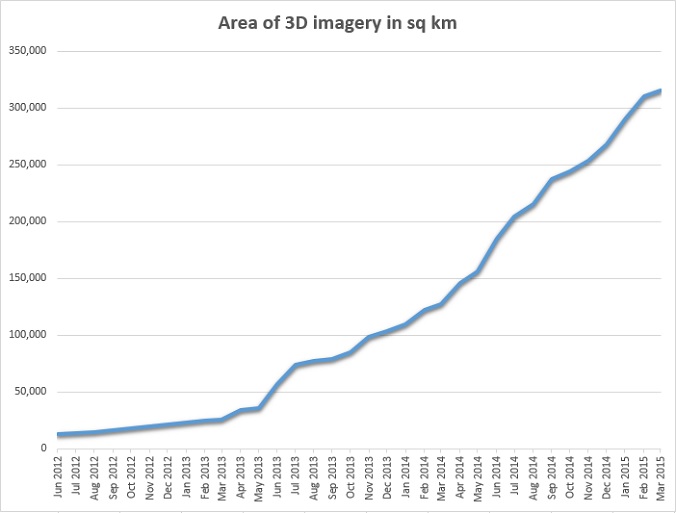 As of this week, Google has captured in 3D approximately 315,000 sq km, which, incidentally, is almost exactly the same area as Poland, the newest country to receive 3D imagery. 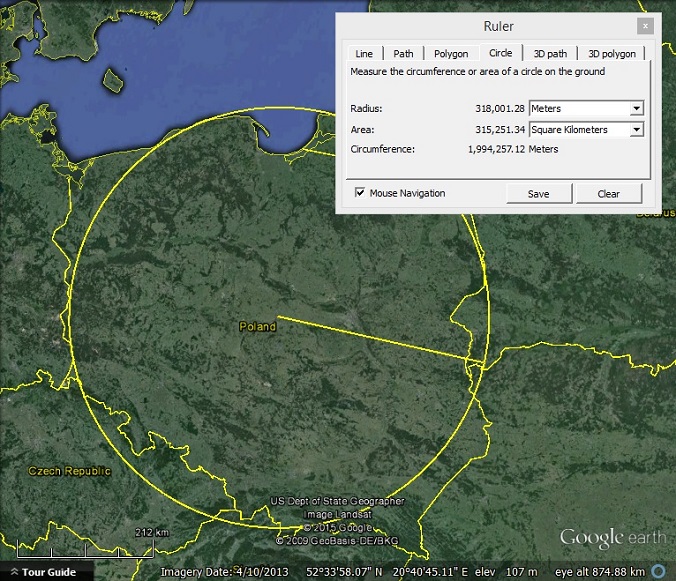 Given that the total area of land on the earth is approximately 148,940,000 sq km, it would take Google close to a thousand years to finish the whole earth at the current rate. This explains why they are sticking to highly populated areas. So what we really need is an estimate of the area of all the cities in the world. If any of our readers knows of a KML file with global population densities done using KML regions and not an image overlay, please let us know in the comments.

One of the latest 3D imagery finds is Santos, Brazil. It is worth having a look at, as it clearly demonstrates the benefits of an automated system of generating 3D. Modelling that one city by hand would be practically impossible. To fly there in Google Earth use this KML file 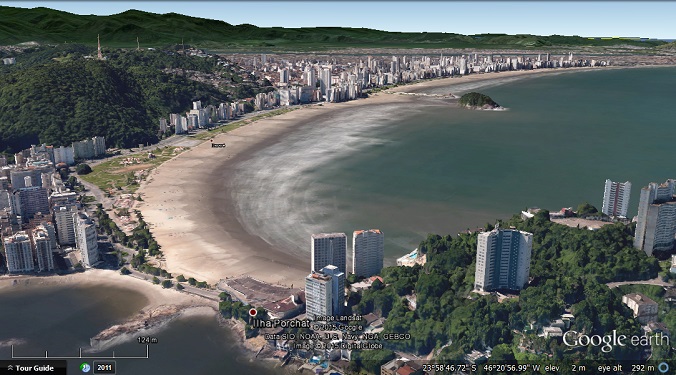