According to NORAD, the tradition of tracking Santa began as follows:

The tradition began in 1955 after a Colorado Springs-based Sears Roebuck & Co. advertisement misprinted the telephone number for children to call Santa. Instead of reaching Santa, the phone number put kids through to the CONAD Commander-in-Chief’s operations “hotline.” The Director of Operations at the time, Colonel Harry Shoup, had his staff check the radar for indications of Santa making his way south from the North Pole. Children who called were given updates on his location, and a tradition was born.”

Soon after Google acquired Keyhole in 2004, prior to it being renamed and released as Google Earth, one of the Google engineers released a KML file showing Santa’s route around the earth and it immediately became very popular. Before long, Google and NORAD were cooperating on the Santa tracking mission, a partnership that continued until Christmas 2009, after which NORAD decided to start using alternative mapping products. At this point, Google decided to do their own tracking, so for the last few years there have been two Santa trackers available. Google’s Santa Tracker and NORAD’s Santa Traker.

Both sites have games and other activities to keep you entertained every day until Christmas Eve, when the actual tracking begins in earnest. Their estimates for when Santa will first be spotted differ by 3 hours. I am guessing this is because NORAD has radar stations near the North Pole and will be able to track him sooner. 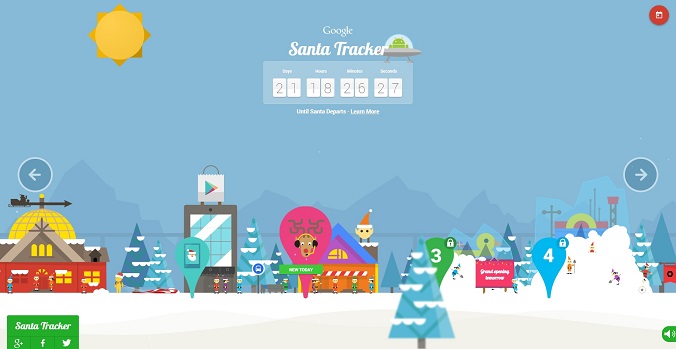 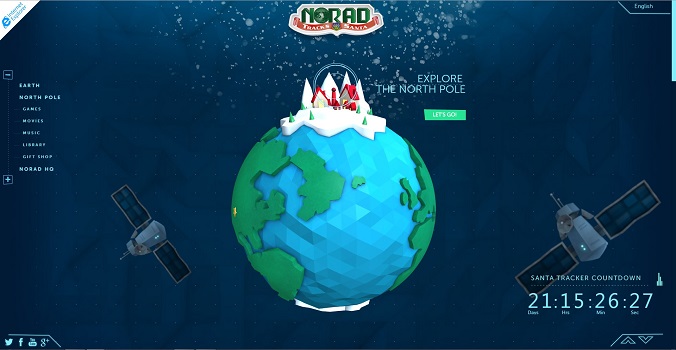 For more on the Santa Tracker, its history, and the technology behind it, be sure to check out some of our posts from years past.