The US Geological Survey (USGS) has a program called the 3D Elevation Program (3DEP).

The 3D Elevation Program (3DEP) initiative is being developed to respond to growing needs for high-quality topographic data and for a wide range of other three-dimensional representations of the Nation’s natural and constructed features. The primary goal of 3DEP is to systematically collect enhanced elevation data in the form of high-quality light detection and ranging (lidar) data over the conterminous United States, Hawaii, and the U.S. territories, with data acquired over an 8-year period. Interferometric synthetic aperture radar (ifsar) data will be collected over Alaska, where cloud cover and remote locations preclude the use of lidar over much of the State.

We believe that once completed the data will be placed in the public domain, which will mean that Google will use it in Google Earth. It is not clear how the resolution will compare to the 3D imagery that Google has been rolling out for cities that is created using a different technique. It would certainly not replace Google’s 3D imagery, as that requires not just a 3D model, but also photos of the different faces of the models, which will not be provided by the USGS data. However, it would certainly significantly improve the 3D landscape for areas where Google has not created 3D mesh.

Google has worked closely with USGS in the past. The Earthquake layer in Google Earth is provided by the USGS, as was the imagery used in Google Earth Engine to create global yearly images and a timelapse of the whole earth. 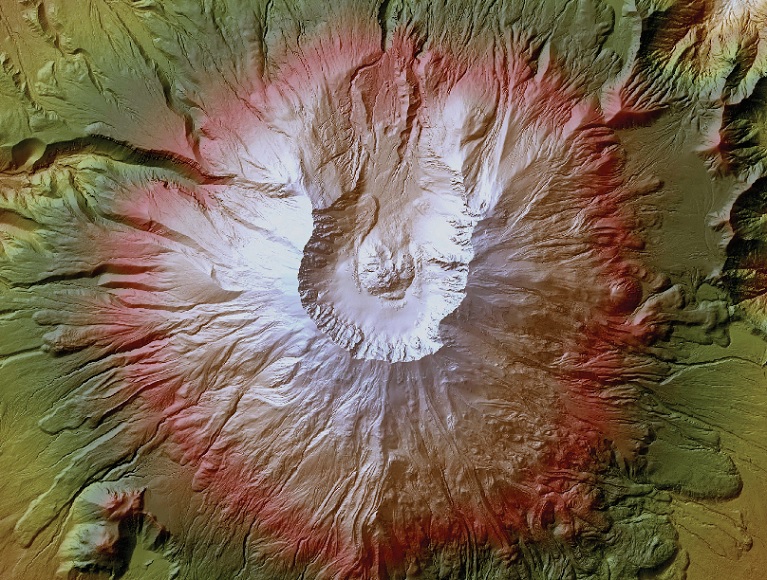 High-resolution lidar image of Mount St. Helens, Washington. Courtesy of USGS. A downloadable high resolution poster of this image can be found here

This article in the Washington post shows a sample of the new terrain maps, which clearly shows trees and is reminiscent of Google’s 3D imagery. However, this article from The American Surveyor shows a sample in which the trees hardly seem to feature. I guess we will have to wait for the first actual releases of data to see what the results are.