We recently got a query by a reader asking whether or not it is possible for a conman to put a fake address into Google Earth. The short answer is yes.

Google gets its information from a large number of sources. The Earth is a very big place, so the amount of data involved is simply staggering. Errors, of course, do exist. These come in many forms, such as an island that didn’t exist, or the time that Google lost a city in Florida. When Google once removed the name “Persian Gulf”, Iran threatened to sue because the name is a very sensitive issue in the region.

Borders are often a contentious issue. It may be simply a case of borders being in the wrong place due to errors in the data supplied to Google, or border disputes, where two countries disagree about where their shared border is. Google method for the latter is to share data based on international mapping standards data – which they illustrate by showing disputed borders in red, or showing different borders depending on which country you are using the product from. Also, when new countries are formed, it may take Google (and all other mapping companies) a little while to update their maps.

One of Google’s sources of information is the general public via three main routes: the ‘report a problem’ feature in Google maps, the more sophisticated Google Mapmaker that Google released in 2008, and Google My Business (formerly Google Places). The last one is primarily for business address listings, whereas the first two deal with more general mapping information.
The processes for changing mapping data have a number of verification systems in place. However, since it is often impossible to verify the validity of all updates. Google mapmaker works on a system of reputation whereby your edits require less verification as you gain reputation. Google My Business encourages you to verify your address or phone number. None of the systems are totally fool proof, but the same system can be used to correct inaccurate data that works its way into the system. 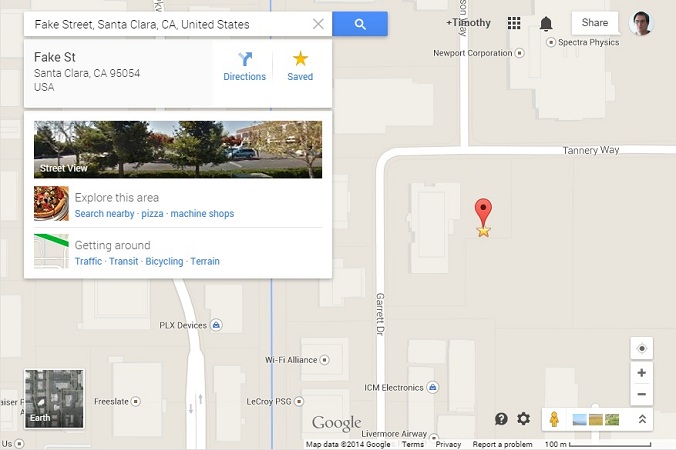 An example of information that really shouldn’t have been allowed into Google Maps. 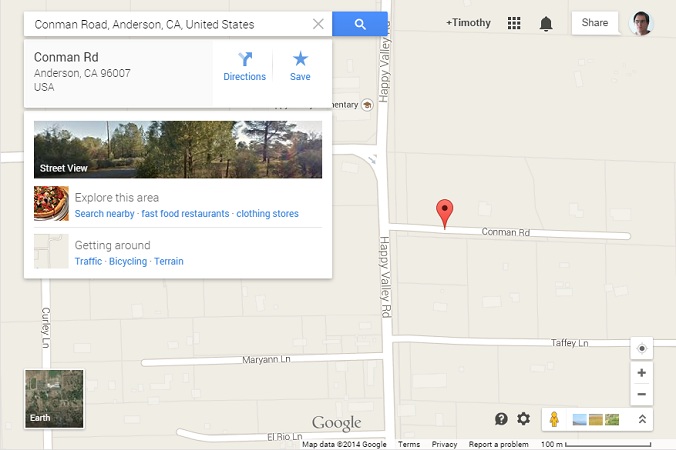 This appears to be a genuine road.

So why would people want to put false information into Google Maps? Here is a story of a restaurant which closed down because, the owner claims, its listing on Google Maps showed that they were closed on what were formerly its most popular days. His lawyer thinks that a competing restaurant sabotaged the listing. Earlier this year Bryan Seely went public, saying that he used to do ‘map jacking’ for profit but decided to go public in the hopes of getting a job at Google. As a publicity stunt, he managed to intercept calls to the FBI and Secret service by placing false contact information for them on Google Maps.

It is important to keep in mind that, for example, in the vacation rentals business where scams are quite common, the information in Google Maps may be correct, but when you arrive at your destination and knock on the door, you could discover that the person you wired your down-payment to does not own the property. No one wants that kind of thing to happen. 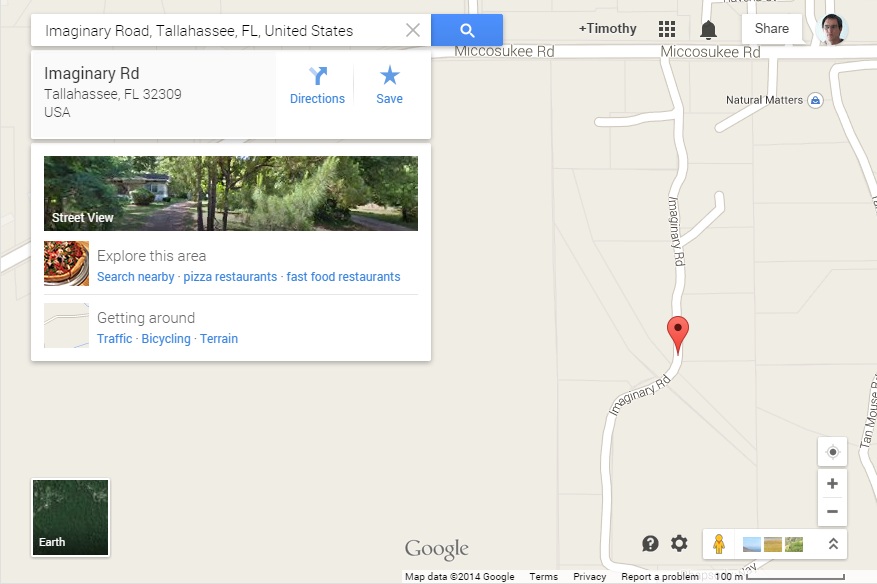 Google Maps and Google Earth mapping data should always be treated like Wikipedia: an extremely useful resource, but not guaranteed to be correct.