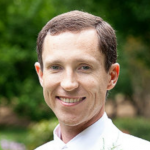 I just came across this old post on Google+ from Evan Parker on the Google Maps team and felt it was worth sharing. Evan’s post goes back in time to walk through some of the history of Google Maps and Google Earth and how they’re continuing to merge more closely together.

It’s quite recent that the two have really begun to merge, and it really started two years ago:

While we were developing MapsGL, some awesome Google Earth engineers built a prototype of Google Earth that ran in the browser using JavaScript and WebGL without the need for a plugin. I remember seeing that prototype run in my browser for the first time and being so excited that I ran around the office showing it to everyone telling them that this was the future of Google Maps! We also had an effort under way to automatically create 3D models of whole cities from aerial pictures. Finally, +Bernhard Seefeld and +Jonah Jones had a vision for new Google Maps that was really exciting.

Seeing an opportunity at the intersection of these 3 efforts to achieve what I’d dreamed of for so many years, I proposed a project to launch a 3D globe with 3D cities as the satellite view in the new Google Maps. The day I got approval for the project (thank you +Brian McClendon!) was one of the most exciting days of my life.

It’s quite an amazing story, and I encourage you to read his full post. As Evan says, this is only the beginning and I’m sure that the future of Google’s geo technologies has some amazing things in store for us in the coming years.