Google is continuing to push out very rapid updates to their 3D imagery, now releasing it in a variety of new cities: 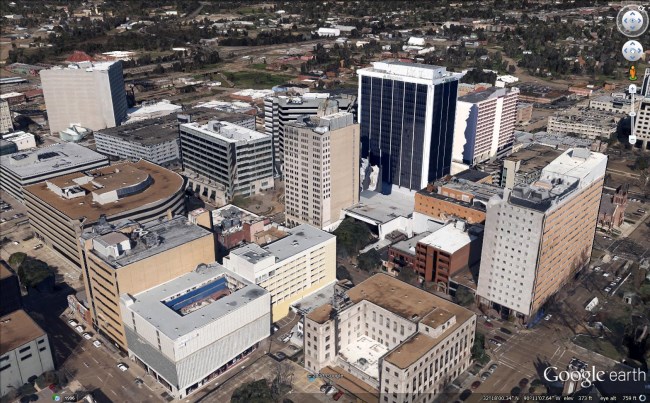 As they continue this push, they older 3D models are beginning to be phased out.  While you can still submit models to the 3D Warehouse, starting on October 1 new models won’t be added to Google Earth.

The amazing models housed by the 3D Warehouse have been an integral part of Google Earth for years now. While it’s sad to see that beginning to come to an end, it’s not surprising given the big push into 3D Imagery.  Here is the full release from the 3D modeling team:

With the goal to have every building in the world accurately displayed in 3D, we’ve explored different methods for modeling large areas of our planet in 3D, including technologies like SketchUp, Building Maker and lately 3D Imagery. We’ve decided that in order to pursue the most consistent user experience, we’ll be focusing our resources on the technology that will scale to the entire world and will be discontinuing support of the user generated 3D program.

We’d like to thank all of you who helped form the landscape of Google Earth and helped cities around the globe grow out of the 2D realm, and into the imaginations of virtual 3D explorers everywhere.

Models can still be uploaded to the Trimble 3D Warehouse, where they can continue to be shared with the modeling community, but they will no longer be published to Google Earth starting October 1st, 2013. Existing models will remain visible in Google Earth, until a time when they’re replaced by new models generated for that region. Google Takeout lets you download an archive containing all of your models.

On a personal note: I’ve had the good fortune of being involved in the 3D modeling effort for Google Earth from the beginning, and I’ve watched many of you create collections of amazingly detailed architectural wonders from every corner of the Earth. I’m very thankful to have been along for that ride and to have gotten to know many of you over the years.

With respect and appreciation,

– CraigD and the 3D Modeling Team”