Google Sightseeing often highlights remarkable areas around the world, including deserts. They recently covered some “Dubious Deserts” — arid, sandy places that seem desert-like, but aren’t technically deserts. They’ve looked at others in the past (such as the Desert of Maine and the Osoyoos Desert), but here are a few more:
Carcross Desert
The pine tress in the area give it away, but locals still consider this 1 square mile patch of sand to be a desert. In truth, the sand comes from glacial silt blowing in from Bennett Lake. 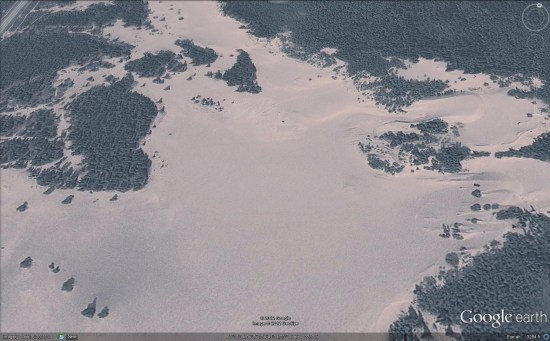 Bledow Desert
The “polish sahara” is a larger than Carcross at 12 square miles, but it was nearly five times larger back in the 1950s. 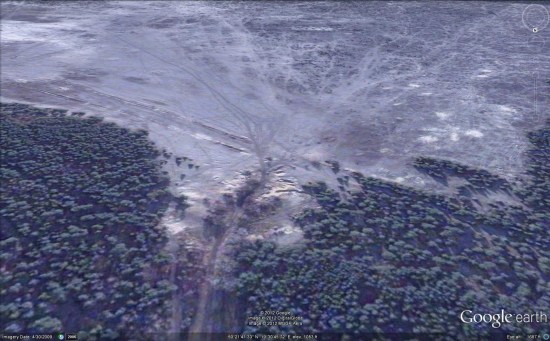 Oleshky Sands
Oleshky was formed after massive deforestation in the 1880s revealed the sands. Reforestation projects are in progress, but will take a great deal of time. 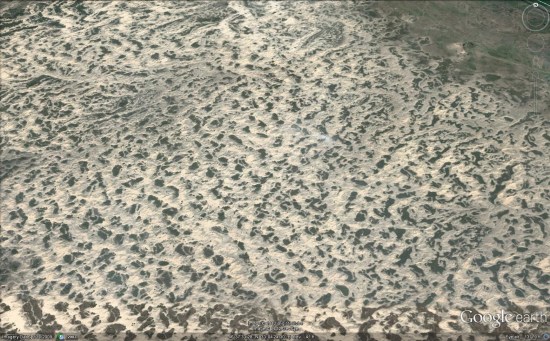 Accona Desert
This “desert” is unique in that it doesn’t even have sand! Thanks to extensive irrigation, the entire area is covered in grass. 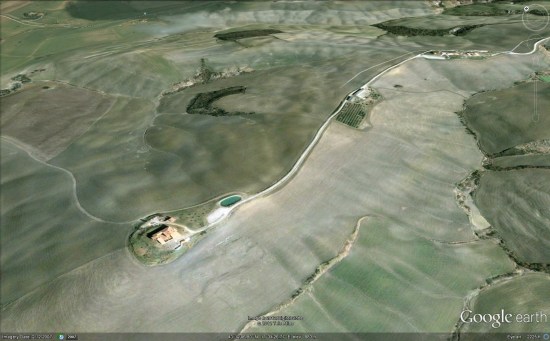 Highlands of Iceland
Thanks to the lava and ash deposits, nothing can grow in this massive, rocky area. 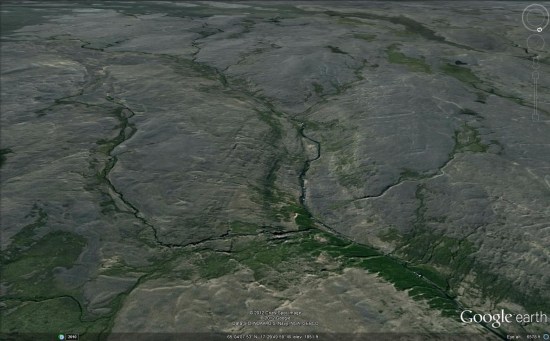 Rangipo Desert
Rangipo is actually a very wet area, with 59 to 98 inches of rain per year, but the poor soil and high winds prevent anything except short grasses from taking root. 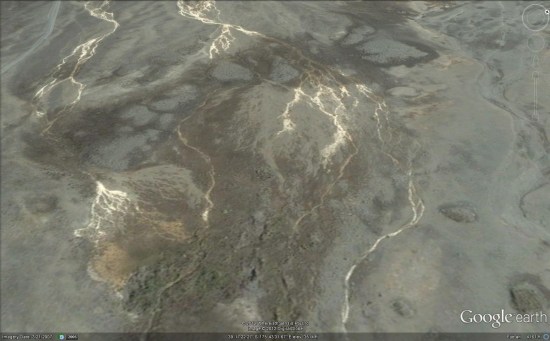 Dunas dos Ingleses and Joaquina Beach
On the island of Santa Catarina in Brazil, these areas are home to various recreational activities such as sandboarding. 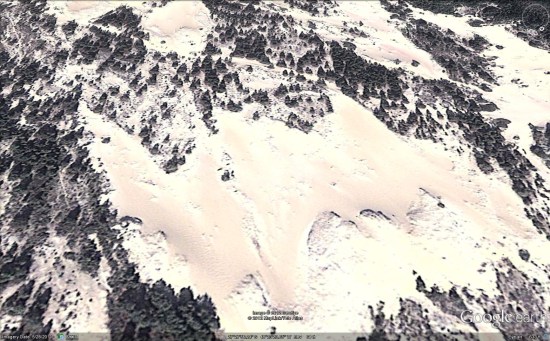 Thanks to the excellent quality of imagery in Google Earth, combined with the increasing reach of coverage in Street View, it’s easy to explore areas like this from your own home.
Check out their full article for more information, or load up this KML file

to explore the “deserts” for yourself.