Google has just released Google Earth version 6.2 for Android and iOS, and it comes with a lot of nice enhancements. Frank Taylor: This is the upgrade to the mobile version of Google Earth I’ve been waiting for!
The biggest improvement — KML support! As you’re browsing around on your phone or tablet, KML files that you come across will now load in Google Earth. I’ve loaded a few on my tablet and so far they all work great. Frank Taylor: I’m also thrilled to be able to load KML files, but I found some advanced KML features with network links and time animations don’t work properly yet with this version. But, this update brings Google Earth for mobile up to a whole new level of usefulness.
In addition, the Google Earth Gallery is now available, giving you easy access to some great maps while you’re on the go. Just click the “menu” button in the app, choose “Earth Gallery”, and it’s very simple to load any of those items into your mobile Google Earth. 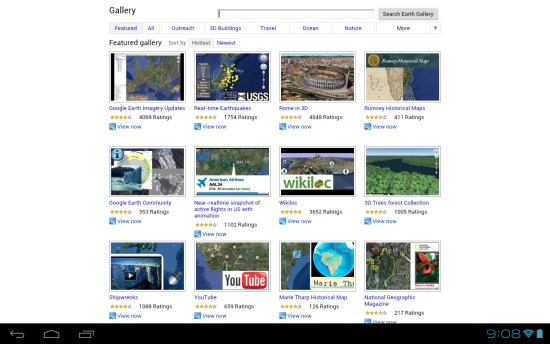 There are some other minor enhancements in navigation, making it easier to cruise around the globe to see your favorite places, and easier to view 3D buildings and other 3D objects in Google Earth.
Specifically for Android users, it also comes with a slick new “share” option. Choose that option from the menu, and you can quickly share a screenshot of your current view with anyone that you’d like. 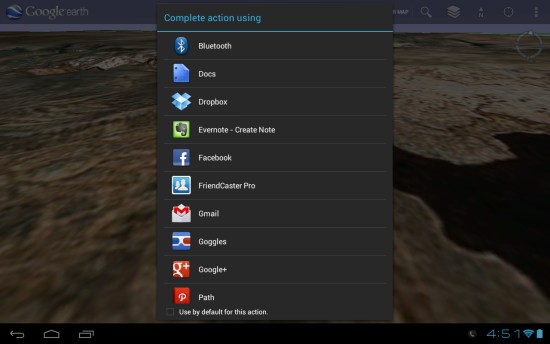 All in all it’s a great update! Android users can grab the update right now in Google Play (Android Market), and it’ll be available in the iTunes App Store for iOS users soon.
(via Google Lat Long Blog)