Google Earth had another fantastic year in 2010 in terms of new features along with an amazing amount of content! The amount of new content Google has added in a single year is almost too large to comprehend. We wish we had detailed statistics on just how big it is, but Google doesn’t usually release their content statistics. New imagery released during the year covered millions of square miles across all seven continents. And, not just current imagery, but in some cases multiple instances for different years going back several decades.
Also in 2010 we saw the release of Google Earth 6 and it’s many great new features, tons of new 3D buildings released covering nearly every major city in the world, Street View was greatly expanded world-wide, SketchUp got some excellent new features, and dozens of applications using the Google Earth plugin were released.
Read the full entry to see our most popular posts and tips on Google Earth from each month in 2010.

January
In late January, we speculated on whether or not Google would release a special version of Google Earth for the iPad. The official Google Earth iPad release came in June and users loved it!
February
In February, the world watched the Winter Olympics in Vancouver, and Google provided a wealth of tools to help provide additional information. Our post about the Games provided links to 3D models, Street View imagery and a variety of other interactive tools. 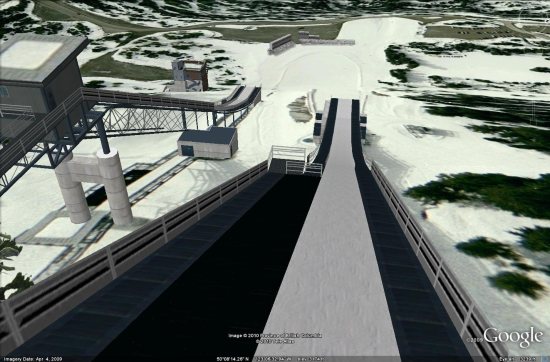 February was also the month where details were released on the horrible earthquake in Chile, and Google helped facilitate assistance by releasing imagery as quickly as possible. However, the first aerial imagery of the disaster came from Japanese astronaut Soichi Naguchi, and the photos were viewed many thousands of times by our readers. 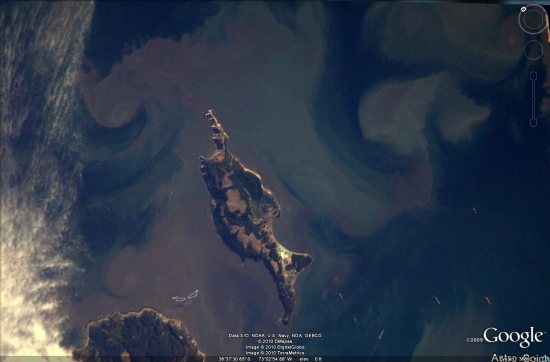 March
In March, the big story was our post on the great games you can play inside of Google Earth. The number of games available to play using Google Earth technology continues to increase.
April
The big story in April was the volcano in Iceland that was causing flooding and delayed thousands of flights in Europe. NASA and GeoEye released imagery of the volcano, and it proved to be a very popular post. 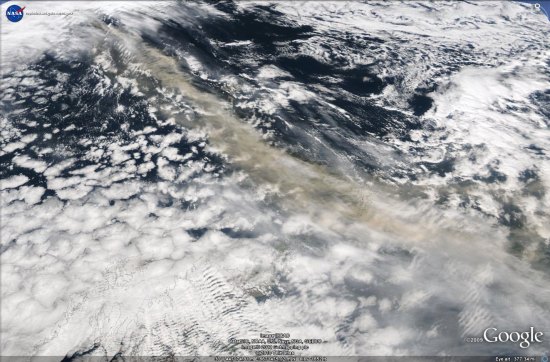 May
Paul van Dinther from PlanetInAction has build some cool applications, but his most popular (at least on our site) is likely the “Drive the A-Team Van” game that he created to help promote the movie. It had nice controls, built-in collision detection, and allowed you to unlock special video clips from the upcoming A-Team movie.

June
June saw the final release of Google Earth 5.2, which offered some great new features such as tracks and elevation profiles.
July
July’s hottest story was the imagery update they pushed out on July 4. It was a substantial update, covering a variety of cities around the world.
August
August was a similar story to July, with the big imagery update on August 10 capturing the “most popular post” title for the month. It was another large update for Google Earth, with tons more cities getting some fresh imagery.
September
The annual Burning Man event is growing more popular each year, and a special GeoEye-captured image of the event was a very popular item in September. 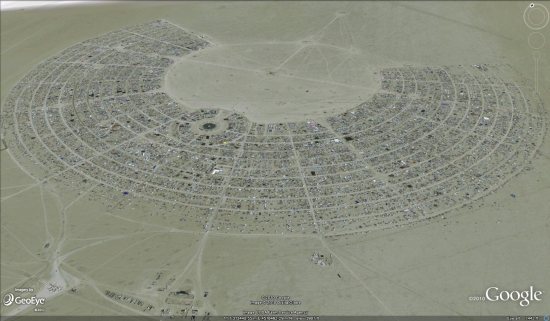 October
Our most popular post in October was Frank’s announcement that his kite photos from Manihi were now available in Google Earth. The imagery he captures from the kite is quite amazing, and it’s neat to see that imagery end up as part of the base layer in Google Earth. 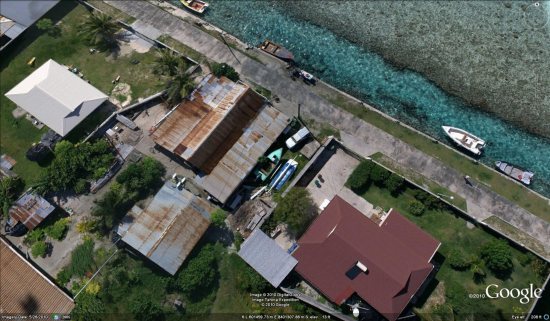 November
The big news in November of the release of Google Earth 6. It brought out a handful of awesome new features and continues to raise the bar for what’s possible with this program. Some of the new features included 3D trees, tighter integration with Steet View and an improved historical imagery system. Much of this was made possible by the slick new ground-level view, which allows you to browse around as if walking or driving on the ground.

December
Not surprisingly, the NORAD Santa tracker was by far our most popular post in December. People love it, and Google helps add more fun features to it every year.
It’s been a great year! What is your favorite Google Earth advancement in 2010?