Google has already started collecting data using next generation Street View imaging tools. Many people have taken photos of the new camera rig on some Google Street View cars, but no details on the instruments had been released yet. Now, in a rare glimpse of future projects, Google is releasing some preliminary details today of the data being collected for Street View 2.0. 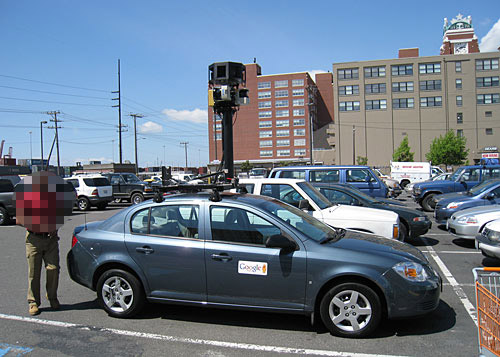 The new instrumentation includes a custom FLIR thermal imaging camera, and laser scanning technology to collect 3D data. The new system is based on night vision technology used by the military, and scanning technology being tested at airport security stations. What’s really amazing is that the system is capable of capturing interior building structures! This means Google is able to automatically generate 3D buildings, complete with interior layouts, which will be viewable in Google Earth. An example 3D house is viewable in Google Earth complete with interior data can be seen here: 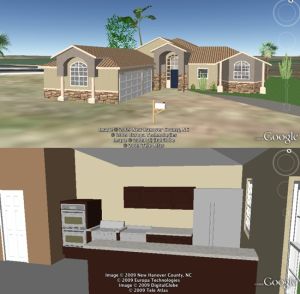 The new Street View 2.0 data could be used to help improve the ailing real estate market, since people will be able to check on the quality of house layouts without even going to a real estate agent. And, Google Earth is the perfect application for viewing 3D data like this since most people use it for looking only at houses already.
Privacy
This same thermal imaging technology could show people in their houses. But, Google indicated they will use the same kind of automated technology used in the current Street View to blur any shots captured of people in their houses. “Before we release the imagery, you won’t even be able to tell whether people have clothes on or not, or whether they are male or female” says Google spokesperson Bill Smith. “The blurring is really effective, so don’t worry!” Other concerns are whether Google will be able to tell what products you have on your shelves in your house. Google says that kind of data would be collected anonymously. But, they indicated their automated databases will anonymously show advertisements only for products you don’t already have. “This will make our advertisements even more useful!”
See example image possible with the system based on an image taken 01-Apr-2008: 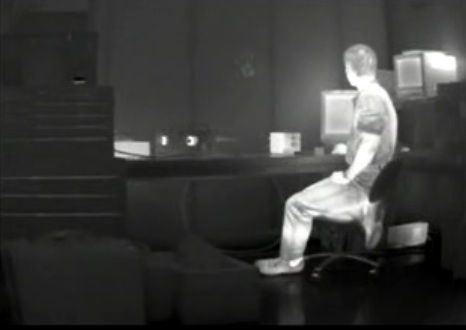 A professor from Harvard University, Dr. A. Fooles (who has a BS in Privacy Public Relations) indicated the tactic of previewing this technology could be effective. He anticipates this new Street View technology won’t be released until one year from today. “This will give plenty of time for conspiracy theorists, privacy police, and folks who just like to complain, a chance to cool off on the privacy issues so they can move on to the next problem before this is released.” says Dr. Fooles. So far, the new, improved, never before seen data, is only being collected in the US and the UK. But, Google hopes to collect the data in all countries on the planet by next April. Amazing!