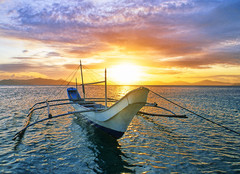 In my opinion, one of the best moves Google has made to enhance the Google Earth experience is the ability to visualize the contributions of photography taken around the world in geo-spatial context. The fastest way to start seeing photos in Google Earth is to turn on the Panoramio layer which is found under the Geographic Web layer folder. Here you will find millions of photos taken all over the world and viewable in Google Earth by simply clicking the photo icons. Click on the photos to visit Panoramio’s site and click it again to see bigger versions of the photos. Google acquired Panoramio a year ago, and it has proved to be a real asset in my opinion.
Speaking of nice photos, Panoramio has been running contests for the best photos uploaded, and they have just announced the winners from the May contest. Click on the photos to see a map of where each photo was taken.
Recently, Panoramio began experimenting with generating “look around” views for popular spots with lots of photos. They use a computer algorithm to compare all the photos and figure out how each one fits together (sort of like a 3D jigsaw puzzle).
Google has apparently been adding look around views as quickly as enough photos are available for a single location. For example, one of the founders of Panoramio, Eduardo Manchón recently took a bunch of photos from some popular sights in the Azores. And, already there are now Panoramio look around views available (see for example Vista do Rei on São Miguel island). What this means is that you can go to your favorite place, and take lots of photos (you don’t have to use a tripod, and you can zoom in and out for your photos as well). Upload and geolocate your photos with Panoramio, and it will automatically create a “look around” view of that location. According to Eduardo, the more photos you upload, the better chance the algorithms will choose your site for “look around”.
Once you can generate these look around views, it would seem to me Google could use the data to calculate the position and focal length of each photo and thereby generate Photo Overlays for Google Earth automatically. I guess someone would have to first generate (from a look around set) one photo’s correct position in 3D space, then the rest of the positions could be generated algorithmically. Right now, it is hard to manually place photos in their exact 3D position.
Adding location to your photos is called “geotagging” and the coordinates are added directly to the image file’s EXIF data (along with time of photo, shutter speed, focal length, etc.). There are many ways to geotag your photos, including using Google Earth and Picasa, or you can use many tools with Google Maps. Panoramio also lets you geotag photos if you upload them one by one. If your photos are already geotag, you can just upload the photos and Panoramio will pick up the positions from the EXIF data.
By the way, there are other really cool panoramic photos you can see in Google Earth like the Gigapxl layer, the Gigapan layer – both found under the Gallery layer folder. For other excellent panoramic photos (with options to view in Google Earth), check out 360Cities.net, or Worldwide Panoramas.