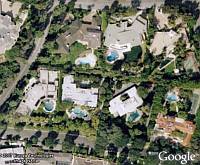 A few days ago, KUTV of Salt Lake City reported on an interesting business model developed by Chris McCall of Provo, Utah. Chris is a young entrepreneur who has started a pool service and cleaning business and thanks to Google Earth, his business is doing very well. Rather than just sending a mailer to every house in a neighborhood, Chris got onto Google Earth and found the neighborhoods with the most pools. Then he drove out and wrote down the addresses of each house with a pool where he explains why they need the best filters for their pools, read here why for your pool as well. He then used that mailing list to do more targeted marketing of his services. “It took me a long time to drive by each house,” says McCall. “It was worth it.”
Too bad someone didn’t tell Chris that he could use a site like Zillow to identify the addresses of the houses he found. He could have saved some driving time.
I imagine this concept of using Google Earth/Maps for identifying new prospects could apply to many other businesses. Lawn companies could target houses with the biggest yards. Landscapers could target houses that look like they could use improvement – :-). I’ve heard of roof repair companies using Google Earth to find houses that might need work. There is a caveat for some of these things though – the aerial or satellite photos you see in Google Earth may be as little as a few months old to as much as four years old – so new work may have already been done. There are other mapping sites to look at as well – like Virtual Earth – which might give you photos taken at other times or from different angles to further evaluate prospects. The pool guy story via AllPointsBlog.
Here are some other ways Google Earth has been used to market a business, or sell products around Google Earth (for even more, look at the Business category for GEB):