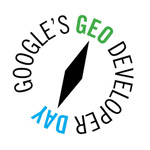 Reporting LIVE from Google Geo Developer Day in Mountain View, California.
Starting off the presentation at this launch was the three top figures at Google: Eric Schmidt, Larry Page, and Sergey Brin. From the presentation by John Hanke, general manager of Google Earth: Google Earth has been downloaded over 100 Million times since it was release a year ago. Today Google has released a new version of Google Earth – V4 (beta). This is the next generation of GE sporting a new look and feel, cleaner interface, and many new features.
Download the new Google Earth V4 (beta) here.
Linux and Mac users will be thrilled to discover the new version of GE is now available for their platforms. First, a universal binary for Mac OS X (good for both Intiel and PowerPC versions of the Mac), And a binary for the Linux platform (ported and tested on several variations) is now available (which follows the release by Google of Picasa last month). Michael Jones, CTO of Google Earth, demoed the new version of Google Earth. It is really amazing! Also, they have native language versions of GE available for several other languages. There are amazing new features for image overlays which will let all kinds of image overlays to be displayed very efficieintly. We could even have new layers of alternate reality views of the Earth (Google Earth may yet become the Metaverse!). Too many features to discuss here, but here is one big hightlight from the SketchUp guys:
The 3D models for Google Earth will take on much greater realism now thanks to new support of textures. This means you can put color photos, patterns, even paintings onto the surface of polygons for 3D models. Models of buildings, people, landscapes, etc. will take on much greater realism without the necessity of complex 3D data which would otherwise take up a great deal of memory. This unleashes the full power of the free Google SketchUp modeling program.
There are other important announcements for the Google Maps API as well. I will report on these and other developments and the significance of these and other announcements later today.
Read more details on the announcements.