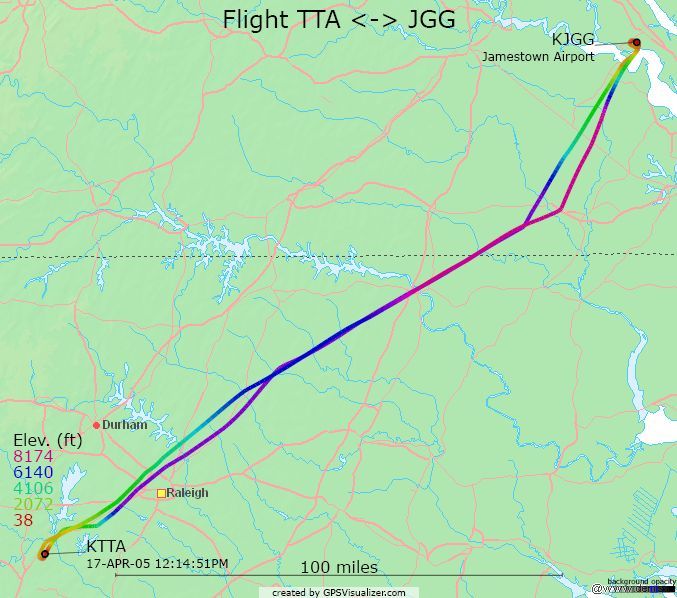 Unfortunately, Google Earth does not import altitude information correctly for non-terrestrial GPS tracks. So, your tracks end up on the ground (i.e. you can’t see the altitude when tilting your view in GE). There is a way around this if you want to follow some rather tricky steps (read this thread and this particular post for the best method so far).
Despite the altitude problem, it is still useful to show your flight logs within Google Earth. Here’s the same flight log

shown in Google Earth. (NOTE: I simply opened a GPX file of the track into Google Earth to create this track. You don’t need the Plus version of Google Earth, just output your track in GPX. Also, here is the same flight WITH altitudes

using the above method. Make sure you zoom and tilt to see the altitudes.)
As a pilot you can use Google Earth to plan your flight, and make sure you fly over, or to, interesting places. You can also check out the airports you are going to, and even bring in weather overlays to do some weather flight planning. Isn’t Google Earth amazing?